There are many great cities around the world that boast a hip art scene and magnificent museums. But Paris oozes Art through its pores. The city’s history, its architecture, gardens, food, fashion and lifestyle are marked by a finessed artistic sensibility. It is a city that practices a mindful approach to all aspects of life, long before mindfulness became a 21st century catchphrase. 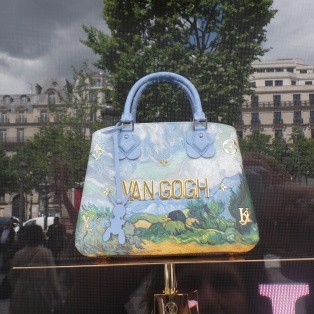 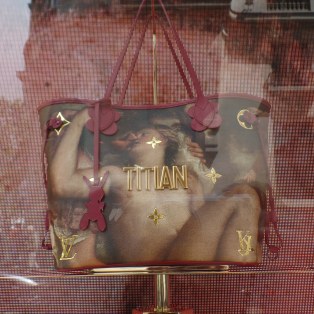 America has the Stars and Stripes but France is all about stripes. One of France’s most notable artists, Daniel Buren, has crystallized the essence of the stripe in his iconic works. “It was the idea to have something very banal, but very strong,” says the artist in Interview magazine. He calls his stripe motif a visual tool that can transform any physical space.

EXHIBITIONS – TOP PICKS FOR THE SEASON

There’s always so much going on in Paris that it’s hard to know what to see when time is limited. Two noteworthy exhibitions are being shown concurrently at the Grand Palais – Rodin and Jardins. The Rodin exhibition marks the centenary of the sculptor’s death (1840-1917) and covers Rodin’s extensive creative universe. Jardins (Gardens) is a bit of a stretch from a curatorial standpoint, but there is something for everyone, from antique gardening equipment and Impressionist paintings of gardens, to installations offering contemporary interpretations of nature. Below are two of my sketches from these exhibitions. 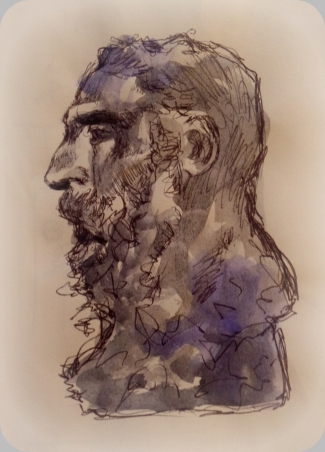 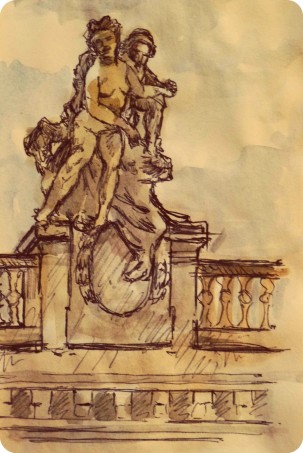 I would also recommend two private collections that do not often hit the international circuit. On exhibit at L’Orangerie is the Ishibashi collection normally housed at the Bridgestone Museum in Tokyo. Fabulous. The Caillebotte painting is particularly exquisite. At the Jacquemart-Andre Museum you can catch Spanish businesswoman Alicia Koplowitz’s eclectic collection. Handpicked works by Goya, Tiepolo, Schiele, de Staël, Freud, Rothko and Bourgeois are among this enviable private collection. 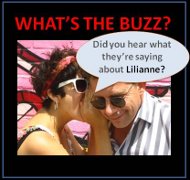