It’s been about eleven years now since I left Israel, yet my connection with the exhibition of Israeli artists at the American University Museum was immediate. Contemporary Israeli art is out-of-the-box, cutting edge, and in-your-face. Pretty representative of the country as a whole, I would say.

All the works belonged to the Donald Rothfeld Collection of Contemporary Israeli Art, just gifted to the Museum. Many of Israel’s better known artists were represented – Moshe Kupferman, Yael Bartana, Tsibi Geva, Michal Rovner, Sigalit Landau and Moshe Gershuni  to name but a few of the heavy hitters. ( Click here to read my interview of the latter’s exceedingly talented son, Aram Gershuni).

A typical work by Moshe Kupferman

The themes expressed by the artists convey the preoccupations of the young nation – the Holocaust that hangs over it like an ominous shadow, the continuous wars, the soul-searching over the Palestinian issue. One gets a sense of a country that is by necessity closing in upon itself yet struggling to claw itself out of its predicament.

One of Tsibi Geva’s works from the Kaffiyeh series

TWO MUST-SEE VIDEOS (One of these days I will figure out how to embed videos into the blog…) :

Israeli artists were amongst the first to embrace video as an art form. Two works that left a lasting impression on me were video works: The first was Tamy Ben Tor’s video trilogy of the artist in various disguises spewing verbal diarrhea that is really quite disturbing. Watch this one called Yid. The second is Dana Levy’s lyrically named video Departures/50 ways to leave your lover. Just LOVE this one and hope you do too. Shalom for now!

(PS. Back to the subject of portraits from previous blogs, obviously I am not the only artist fascinated/obsessed with portraits – here is Switzerland-based Chinese artist Qui Jie at his first major solo exhibition in Singapore. Does the grid look familiar…?) 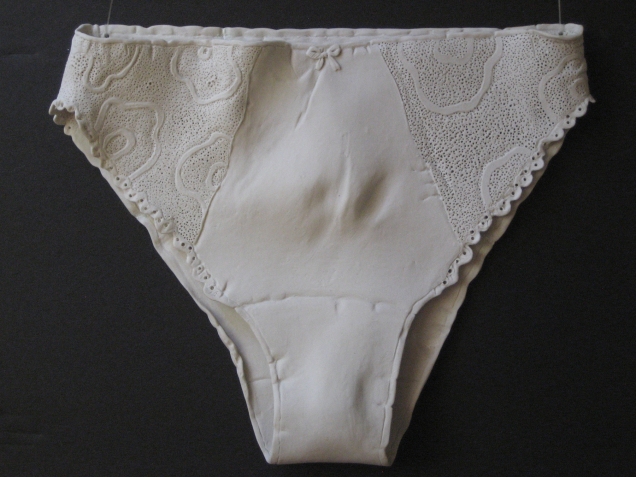 Who would have thought that a seemingly innocent pair of underpants could snowball into an exciting artistic opportunity? Well, admittedly, I did make them out of porcelain and yes, I did go further with this work to make a statement about the frightening increase of legislation in the US dictating what a woman can and cannot decide about her own body. It infuriates me. The finished work (below) incorporates a rusted lock (found in Mexico) all too reminiscent of the days of chastity belts…

This is one of two works that were selected by a very prestigious panel of judges to be exhibited at the International Ceramic Biennale in Cluj, Romania:

Unfortunately I had to withdraw my second work selected, an installation entitled If the Shoe Fits…Buy It  because of the punishing shipping costs 😦 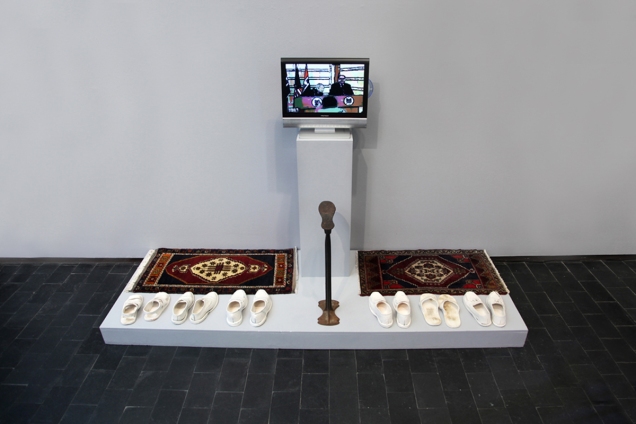 Thanks to some frequent flyer points, I will be attending the Museum’s grand opening on October 9th, as well as being an invited speaker during the three-day symposium following the Biennale’s opening. This is a very exciting opportunity; I intend to present a lecture entitled ‘The Balance of Concept and Aesthetics in Narrative Ceramic Installation’. 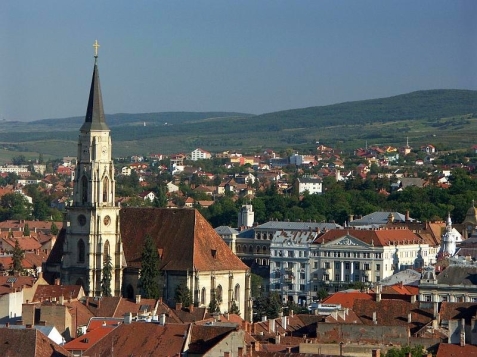 Cluj being the capital of Transylvania (!) I am sure I will come back with some great pix to share.