Apart from recycling paper, glass, batteries and old paints, I am also a big proponent of recycling past artworks and ‘repackaging’ them for new shows.  I spend about equal amounts of time creating new work as trying to find new places to show older works. Its like loving your older child despite the fact that you just gave birth to a new baby!

A work which may have been created for a specific exhibition or theme can easily be reinterpreted to fit a different context or concept. Nothing wrong with that – just because a work has been exhibited once does not mean it is destined to lie dormant for the next 20 years. Do other artists experience guilt over this practice? Hmm….

Over the past two weeks I have been able to place three of my past works in fresh new shows. 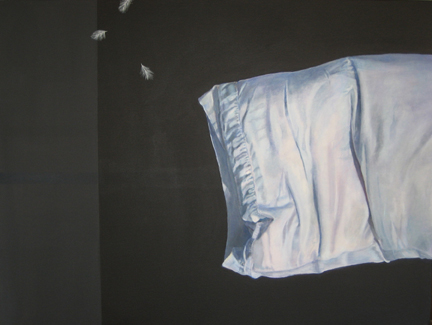 My large acrylic painting Break of Dawn is being featured in its third exhibition, this time for In Black and White at MOCA DC. As well as being a participating artist I hung the show in my role as curatorial consultant to the gallery. I was particularly thrilled with the way I presented Michael Shandley’s sketches of homeless people torn from his spiral bound sketchbook. 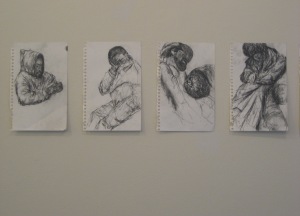 I have always loved the broad range of styles and approaches which artists take to a limited palette, in this case black and white (admittedly with some leeway for artistic licence). The show just pulled together based on the color scheme. 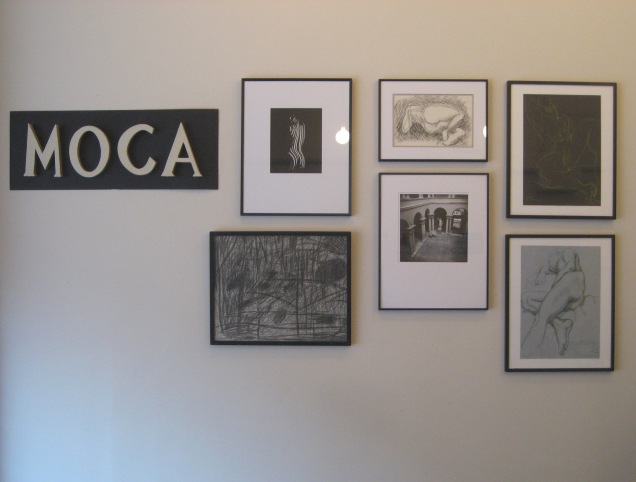 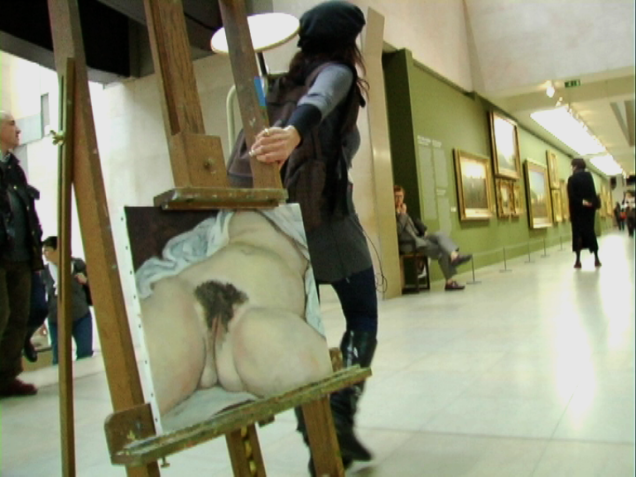 Lastly, I just got word that I was juried into the very well sponsored Art Comes Alive 2012 in Cincinnati in June. The works which were accepted were from my 2010 solo exhibition Milgrom on Morandi. I am thrilled to have these ceramic groupings selected – dare I hope for an award….? 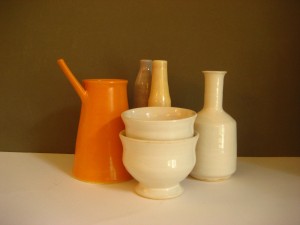 No resting on my laurels though, as I am hard at work on my paintings for my Chez Grace show in August. Don’t want to jinx the progress, so will give a sneak peek at a detail of one of the paintings in progress entitled Luncheon on the Grass (after Manet)… 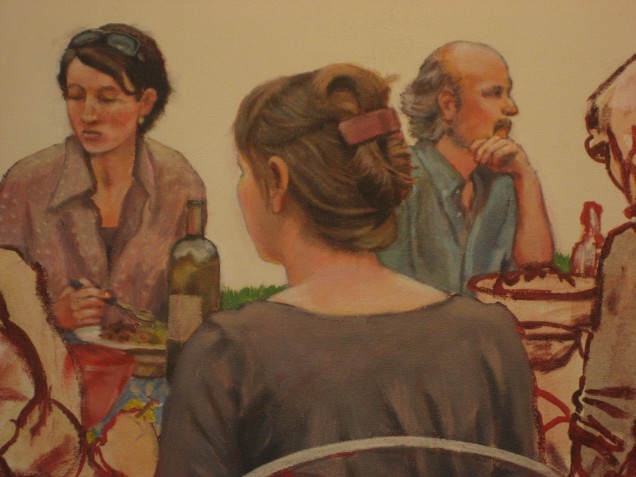 One thought on “Recycling goes for art too….”

I'd love to hear your comments!! Cancel reply 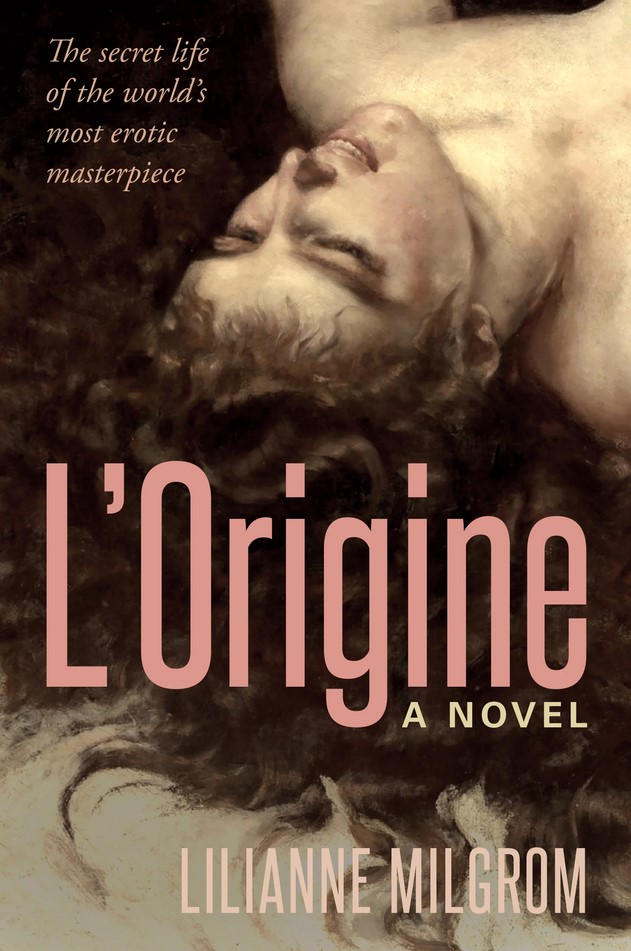